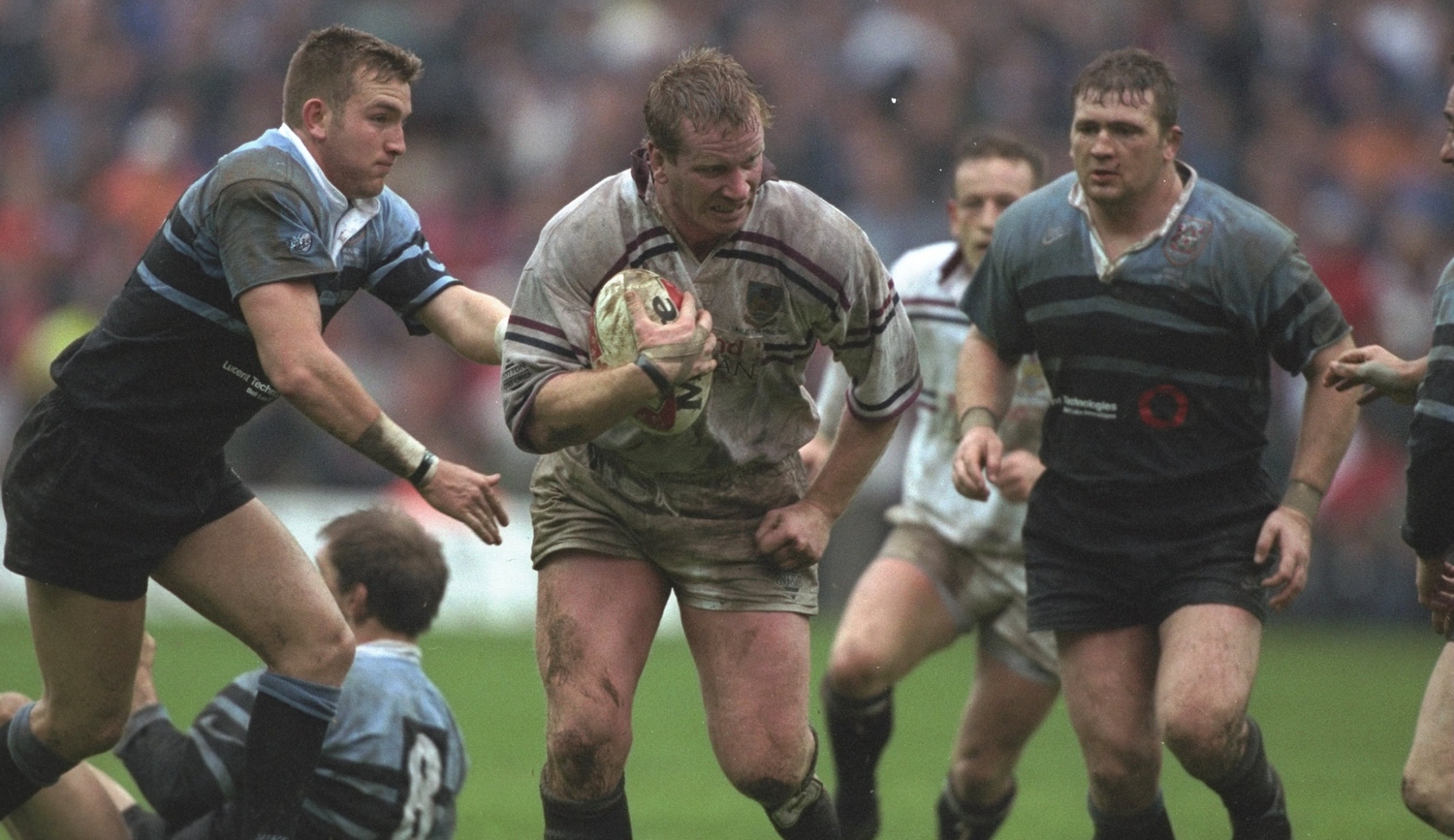 Stuart Davies is known throughout Wales and the wider rugby world for his achievements on the pitch and subsequently his broadcasting exploits off it.

He’s part of a unique group who can call themselves ‘one club men’, having played only for his beloved Swansea RFC for 14 seasons, during which he played over 250 games, scoring an incredible 84 tries. Some of them were from more than 1 yard out as well!

Perhaps he was always destined for the ‘top flight’ of the game. Capped at all levels for Welsh Schools, he first played for Swansea whilst still a schoolboy at Bishop Gore Comprehensive. He went on to captain Welsh Colleges during his formative years, as well as representing Wales Students at the inaugural student World Cup when attending the famous rugby factory of ‘Cardiff College’.

Whilst touring Russia with the Barbarians was another great experience, it was his time with Swansea and Wales that provided his career highlights.

Aside from this making Swansea the best side of the 90’s, Stuart was recognised as a lynchpin of arguably Swansea’s best side ever.

He was capped 17 times for Wales, mostly as vice-captain, between 1992 and 1998, with 5 knee operations during this time undoubtedly denying him many more appearances. He famously scored the only and winning try on his debut in Ireland, but remembers little about it, although this is more to do with Guinness than a concussion!

He also attended the 1995 Rugby World Cup, and missed out on a £0.75m contract with ‘Kerry Packer’s rugby circus’ when the game went professional afterwards!

He retired following a neck injury sustained against France, and considers himself the last amateur to play for Wales, having ‘never given up the day job’.

No sooner had he retired than he picked up a microphone with BBC Wales, and broadcasting has been part of his life since. He has presented on both radio and television, as well as being a regular member of the ScrumV team as a pundit, pitch-side reporter and co-commentator.

He also wrote a popular weekly column for the South Wales Evening Post for a number of years before taking up a position as Chief Executive of the troubled Newport Gwent Dragons, where he delivered historical and transformational change.

Stuart reflected on his rugby career in an interview with Wales Online, which was published in the Western Mail and South Wales Evening Post.

The full article and video can be seen by clicking on the link below.

As part of a series of podcasts interviewing players about their favourite games, Stuart reflected on Swansea RFC’s famous win against the 1991 World Champions, Australia.